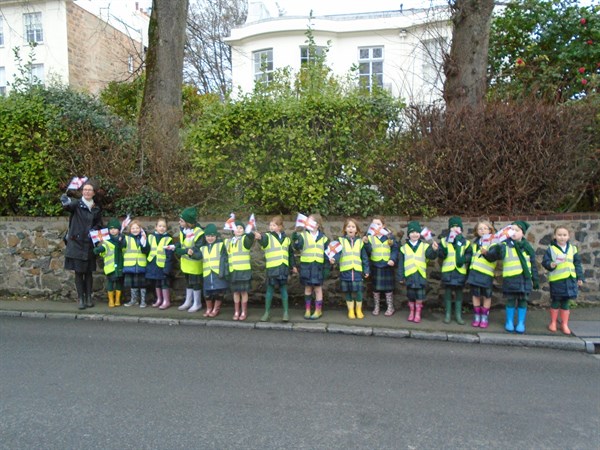 Upper Sixth student Cadet Sergeant Ellie Dufty, bore the Guernsey and Union Standards, along with other CCF cadets and Lt Cdr Slann, who was the Parade Commander from Elizabeth College, ushering the new Lieutenant Governor on his way to St James.

Other student representatives from The Ladies' College were Lauren Walsh (Lower Sixth) and Amelie Le Prevost (Upper Five) who are both The Lieutenant Governor cadets. 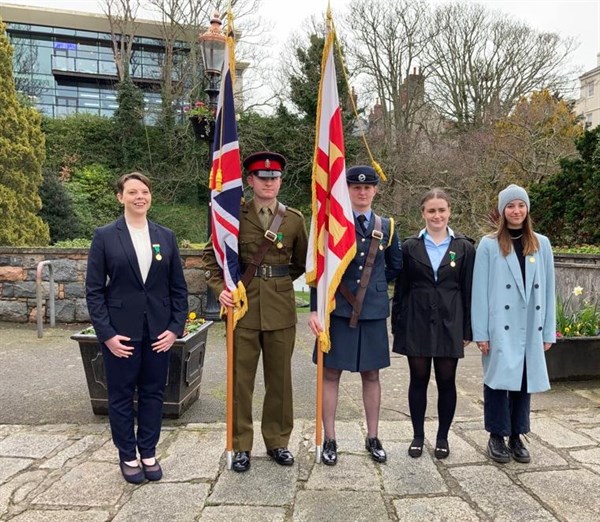