After having to cancel the original performance dates back in March, the cast and crew from The Ladies' College Junior School are ready to perform Disney’s Moana JR on Tuesday 3rd May and Thursday 5th May with a matinee and evening performance on each day. The 60-minute musical adventure, designed for school-aged performers, is based on the 2016 Disney film Moana.

The Melrose cast includes over 70+ pupils led by resident Drama teacher and director, Mr Tom Cheshire. Rehearsals are beginning to take shape now and all the year groups have begun the final countdown of rehearsing together for the big performance in a couple of weeks' time.  Assisting with the Production is Ms Jean Owen as Music Director and the costumes are being made by a team of skilled parents.  Some of the pupils will also be working behind the scenes with lighting, sound and as stage crew - it is truly a team effort. 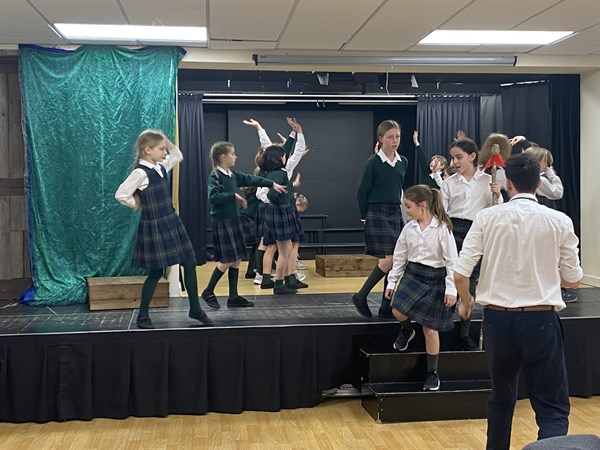 Mr Cheshire explains why this was chosen as the production this year,

“Why Moana? Well, it is a wonderful way for our students to engage with the rich stories of Oceania, its beliefs, and cultures of real people. It has strong female character roles throughout; like Moana, who is a tenacious, empowered, brave young girl who becomes a hero for her community. Whether it is the villagers she works hard to protect, the family she hopes to make proud, or the ancestors she strives to honour, Moana is motivated

in everything she does by her selfless desire to help others. What better model is there for young people beginning to shape their sense of self? And, like Guernsey, it is set on an island… well most of the time anyhow!

But it’s the Musicals strong themes of coming of age, wayfinding, teamwork, friendship, and chasing dreams (with hard work) which ultimately led me selecting it.

What Moana the film does so brilliantly with its impressive feats of animation, we would need to do with ensemble storytelling and creative theatre magic.

Moana JR. is a true ensemble musical, with each actor breathing life into not just the characters, but into the world of the play itself. No matter who or what they play, each actor in tonight’s performance is an integral part of Moana’s adventure. Keeping this focus, I wanted this production to offer opportunities for young performers to use the art of storytelling as the driving force. But to also think outside the box and engage creatively with innovative, and at times, complex stagecraft.

Inspired by shared history of ancient wayfinding and exploration, our production of Moana is represented respectfully and accurately in terms of movement, language, costume, design, and portrayal.

In the spirit of Moana JR., this theatrical adventure through rehearsals and performance is one of self- discovery, unlikely friendships, and remarkable courage. More than anything, I hope it inspires a generation of young theatre makers here at Melrose to believe that, like Moana, they can accomplish anything they set their minds to.” 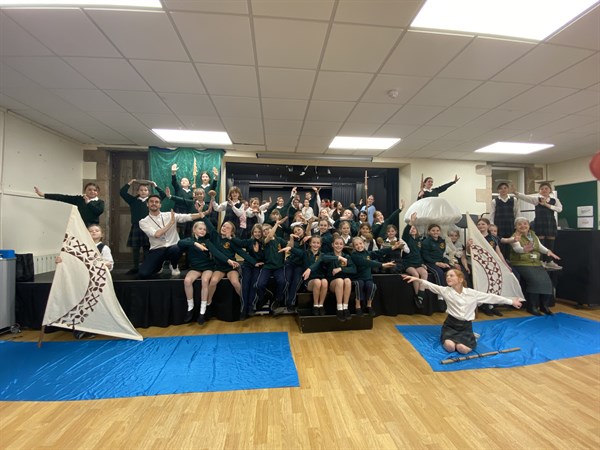