Lower Sixth student selected for the U17 GB Fencing Squad

Lower Six student, Rachel, has been fencing sabre for six years and competing at a national level for the past four years. Last year she was invited to join the GB Athlete Development Programme and attend various training weekends in the UK with members of the GB sabre team. She finished last season ranked 15th in the National Women’s’ Cadet (U17) Sabre age group, missing out on GB selection by one place.

This autumn she competed in various national ranking competitions around the UK in order to earn ranking points.

“Points are awarded based on where you place in each competition and the cumulative points determine your overall national ranking. This year, following the first two ranking competitions, my national ranking was 11th and so I was selected to represent Great Britain on the European competition circuit and invited to complete with the GB Women’s’ Cadet Sabre Team in Gӧdӧllӧ, a suburb of Budapest in Hungary.”

In October, she competed in further ranking competitions in Stratford-upon-Avon and at the Copper Box Arena in the Queen Elizabeth Olympic Park in London.  Her performance at these competitions resulted in being selected to represent GB in the second round of international competitions and in November will be travelling with the GB Team to compete in Sofia, Bulgaria, and Eislingen, Germany.

We are very proud of Rachel’s achievements so far and wish her luck with her upcoming competitions. 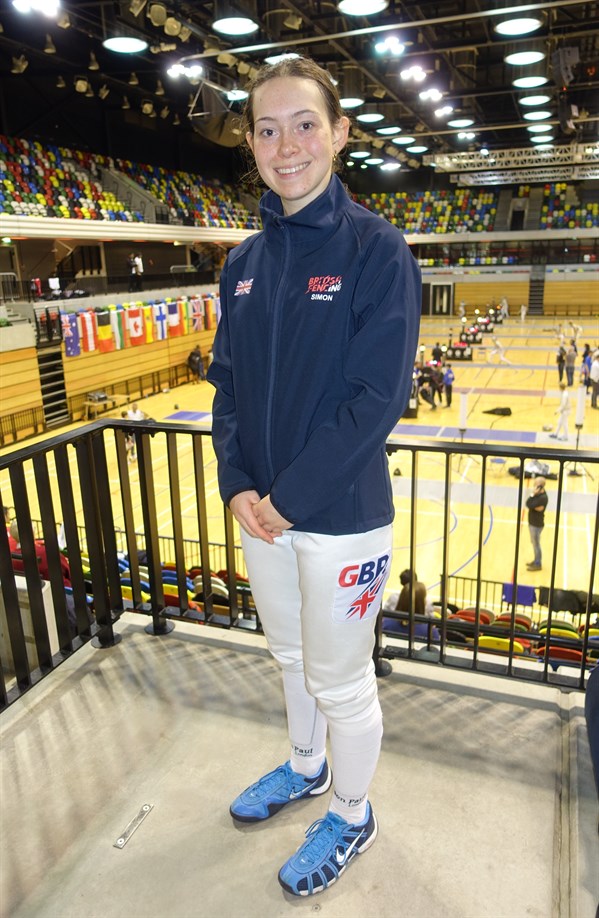