During the enrichment lesson last week, the Lower Sixth girls made poppies.
Dr Marshall introduced the session by talking about how the loss of all the young men affected the island of Guernsey and how some of the first young men to volunteer and to die where Elizabeth College boys who were the same age as the boys that they have lessons.
The task was to make poppies. Miss Clements demonstrated how to make felt from wool. Some of the girls started with red wool and made their own felt to make a poppy. Other girls cut out a poppy from red felt and sewed a black button in the middle. They then looked up the names of Elizabeth College boys who died in the First World War and embroidered each of their initials on a poppy. 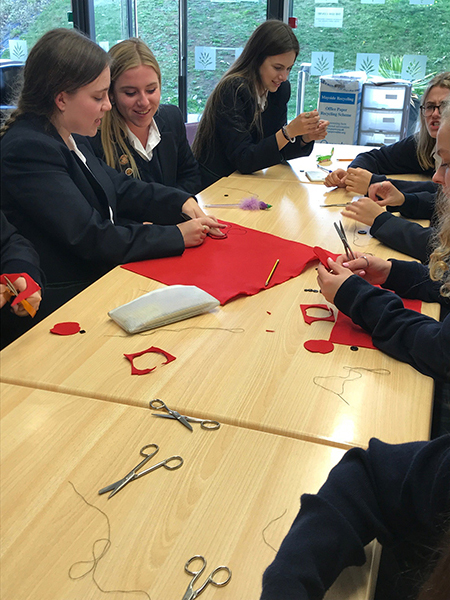 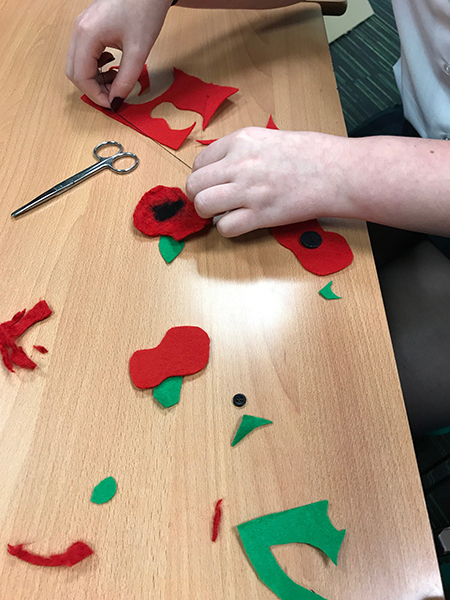 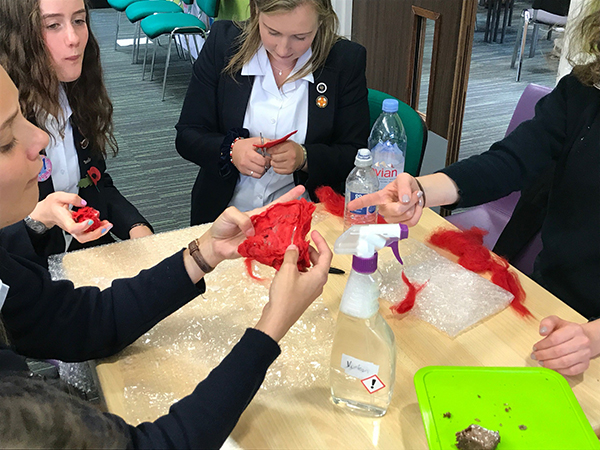 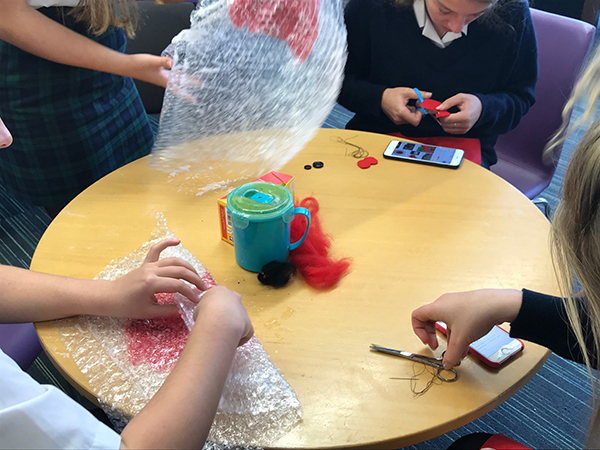 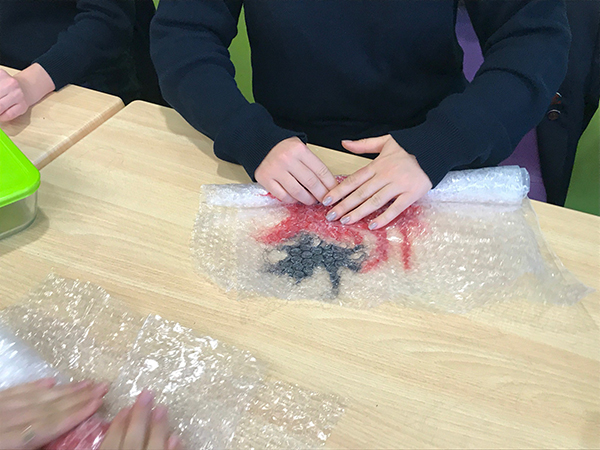 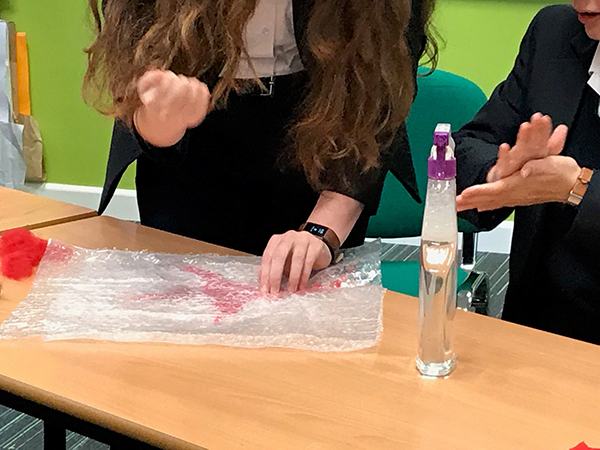 The poppies were turned into wreaths. Ellie and Millie sewed a green felt ring embroidered with The Ladies’ College and the outside was filled with stuffing and the poppies were sewn on. 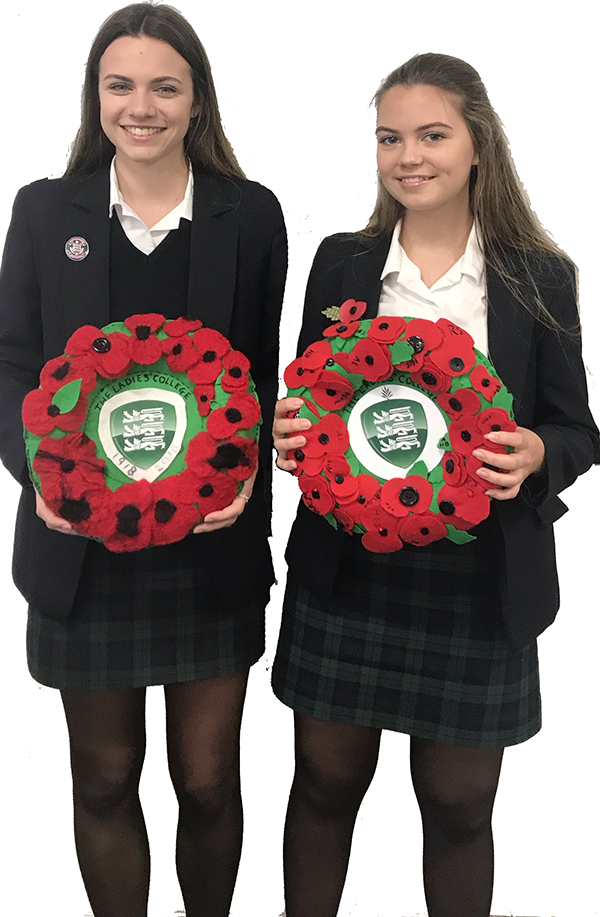 We made enough poppies for two wreaths. One was presented to Elizabeth College and the other one is on display in the reception of The Ladies’ College.