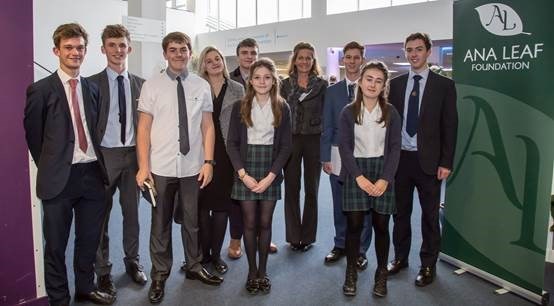 Upper Six student, Freya McClaren, has secured a place to attend this September’s IoD Annual Convention in London. Freya’s interest in business and current affairs saw her nominated to attend the Guernsey IoD debate in October 2015 (which addressed the question; “Is Guernsey a demographic time bomb?)”. As part of the initiative, Freya was then asked to draft a blog summarising her thoughts on the evening to compete to secure her place to attend the Convention.

The Directors of Tomorrow judging panel, including representatives of The Ana Leaf Foundation and the IoD Guernsey Committee, then selected the top three blogs.

Hayley de Putron, trustee of the Ana Leaf Foundation, said she was “impressed by the intuitive comments made by the students both during the debate and in their blogs, providing another perspective on Guernsey’s key issues.”