There were six finalists, two from each of the classes in Upper Four (Year 9). The English Department was delighted to welcome to the final Mrs Noi Monachan, our very kind sponsor of this annual competition, and Mrs Jane Massey, a former teacher who was also instrumental in launching the competition in its infancy.  Mrs Monachan brought along a cake to mark the celebration which the students very much enjoyed. 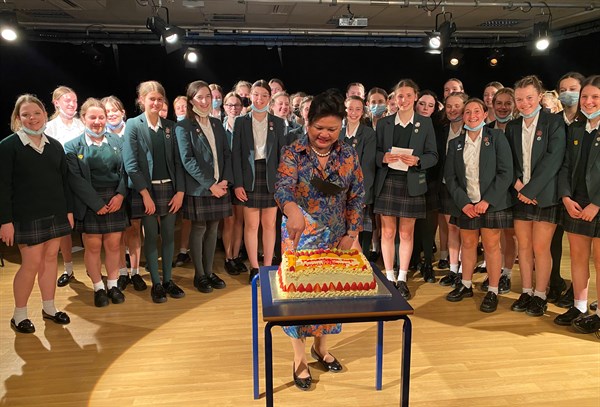 Bailey Austin commenced this year’s final with her emotive talk entitled “The legalization of assisted suicide in Guernsey” outlining some powerful arguments relating to this challenging topic.

Thea Stark was next, posing the question “Is it the role of the government to regulate a child’s diet?” This was a carefully researched talk, and Thea was able to identify, clearly and cogently, the contemporary issues surrounding children’s diets.

Thirdly, Poppy Bisson confronted the audience with some shocking details linked to Covid and our environment; however, Poppy was also maturely able to acknowledge when masks and tests may be necessary, in order to save lives.

Freya James delivered a passionate dialogue on “Sexualization in Hollywood”, commenting on the dangerous stereotypes which are often promulgated by this institution.

Sophie Brooks’ apt discussion surrounding the question of “Why do humans keep fighting?” was particularly poignant given the current situation in Ukraine.

Finally, Lissy Hayman concluded the presentations with a unique and highly original talk entitled “How to make a serial killer”. In her delivery, Lissy outlined the societal and physical influences which may drive individuals to take extreme and horrifying actions.

The standard of this year’s competition was extremely high; however, after some deliberation, Thea Stark was awarded this year’s trophy. 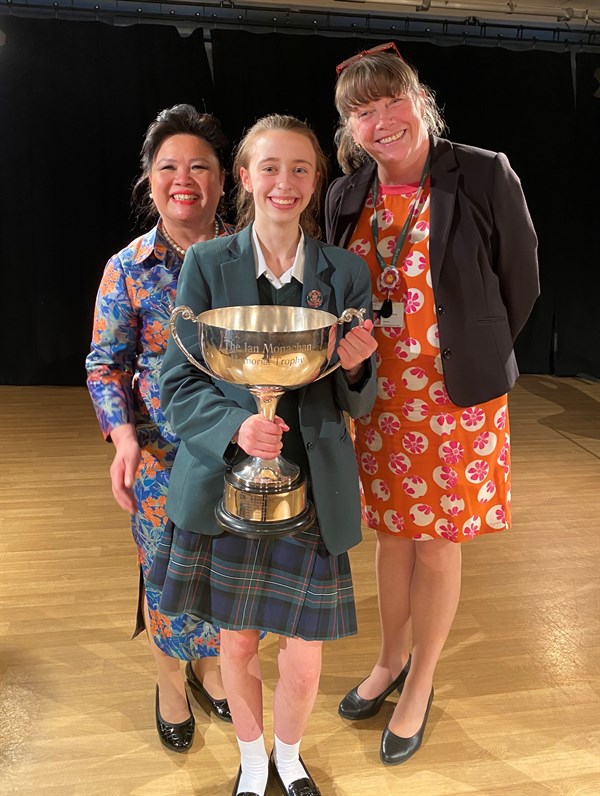 To mark the anniversary of this competition, all the finalists received chocolates and prizes.

Mrs Ellis, Head of English summed up the event,

The department also welcomed back Mr Dave King to judge the event. He commented:

“It was a pleasure to be back for the special 10-year anniversary. In this year’s competition, there was a highly confident display from all the Monachan finalists.  Each public speaker was accurate, competent, credible, intelligent, knowledgeable, likable, and believable in each of their subject matters. I think it was one of the toughest years to declare a winner as all the finalists were so good. Well done to Thea, our winner of this year’s competition!”