Every year Upper Fifth student, Hattie Jinks has had her birthday flag flown at various iconic places on the island, and this year her parents asked permission if it could be raised at her school as she celebrates her 16th birthday.  Previous places include, Castle Cornet, Fort Grey and last year, the Lieutenant Governor's House.

To mark the occasion this year, Hattie wore a Carey House badge from the 1920’s coming from a close family friend who's ancesters were all College students -  it belonged to Beryl Collins (nee …. de la Mare) a College Scholar.  Berly’s daughter Susan Wallbridge (nee Collins) was also a scholar and in Carey.  Sue’s daughter Terry Wallbridge was also a College Scholar and was in Carey.  Terry is Hattie’s long-term friend and has been a mainstay in Hattie’s life.  Beryl’s Carey Badge was gifted to us by Sue … and Hattie wears it on special occasions such as the Carol Service and Mark Reading. 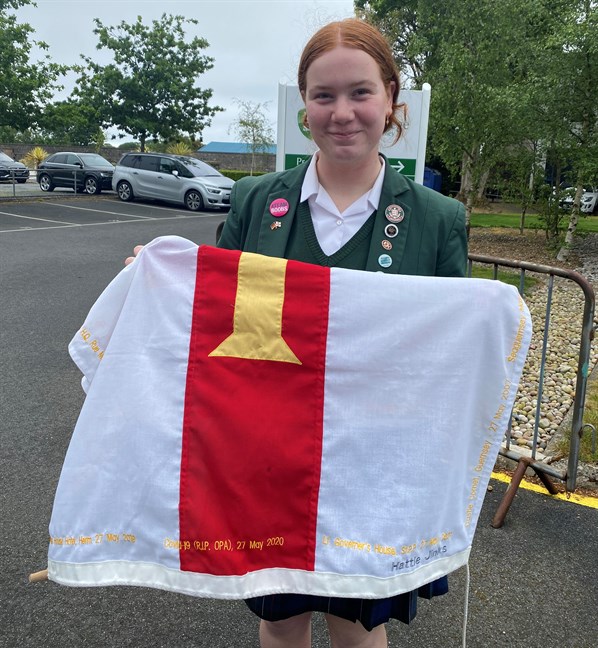 Each time the flag is raised it is embroidered with the date and place to remember it.  The tradition is also carried on with Hattie's younger brother who has his own birthday flag.