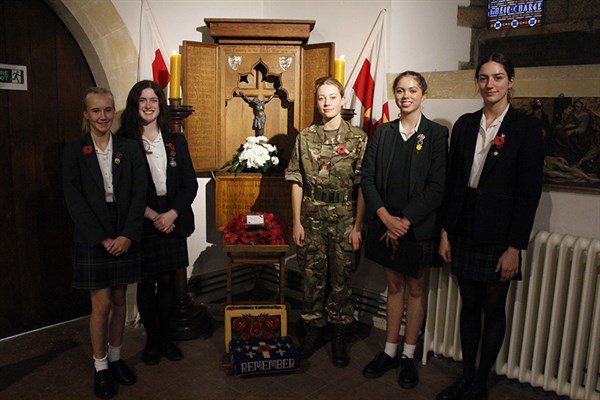 Shortly before 11:00 on Wednesday, 11th November, students and staff of The Ladies’ College assembled in St. Stephen’s Church for the annual Act of Remembrance. 2020 has brought with it some significant commemorative dates: the centenary of the burial of the unknown warrior in Westminster Abbey, the seventy-fifth anniversary of the liberation of Guernsey (and the final battles of World War II), and the twenty-fifth anniversary of the massacre of 8,000 men and boys in Srebrenica. Our theme this year was Seeing the Unseen and the service included readings and prayers for those whose graves are unmarked. 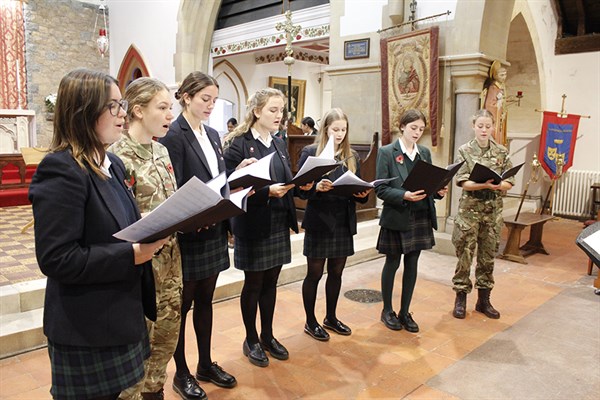 Readings and poems for the service were selected by Mrs Henderson and read by members of Upper Four. The texts of the poems are reproduced below, including The Petal of a Poppy, written by Elise S. in Upper Four. 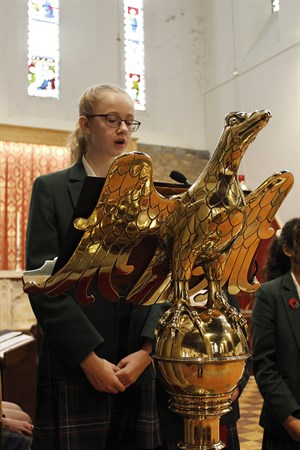 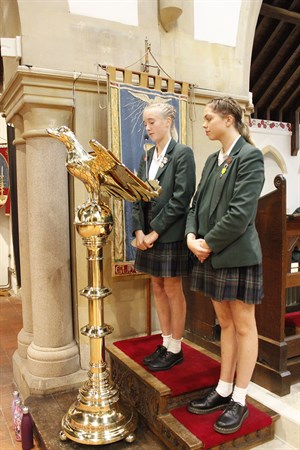 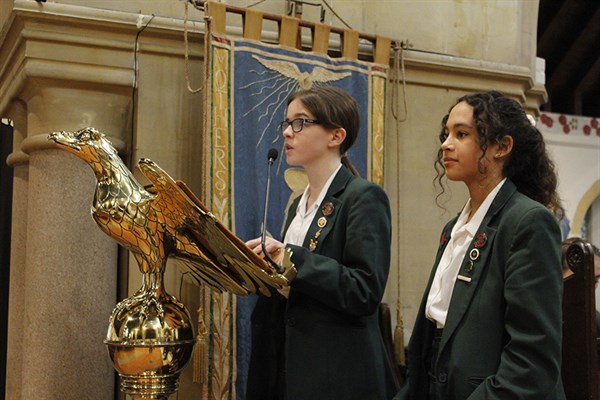 The service was conducted by Father John Luff and included the anthem A Flower Remembered by John Rutter, sung by the Senior Motet Choir conducted by Mrs Roue and featuring soloist Lucy W. Lucy’s sister, Lily, played the traditional trumpet calls, Last Post and Reveille to mark the beginning and end of the two-minute silence. The hymn chosen for the service was I Vow to thee, my Country and the wreath of poppies was placed in front of the war memorial by Head Girl Elsie.

The Petal of a Poppy (by Elise S)

The petal of a poppy,
The sound of singing bells.
A little jar of stolen stars,
That washed up with the shells.
A wreath of wildflowers,
Woven like a crown.
All placed around the headstone,
Before the sun went down.
Engraved upon the death bed,
A note for lovers' eyes.
“Death I greet with open arms,
For I’ll see you in the skies.
We fought a war forever,
To keep are home from pain.
Freed on liberation,
And united then again.”

The Gift of India (by Sarojini Naidu)

Is there aught you need that my hands withhold,
Rich gifts of raiment or grain or gold?
Lo! I have flung to the East and West
Priceless treasures torn from my breast,
And yielded the sons of my stricken womb
To the drum-beats of duty, the sabres of doom.

Gathered like pearls in their alien graves
Silent they sleep by the Persian waves,
Scattered like shells on Egyptian sands,
They lie with pale brows and brave, broken hands,
They are strewn like blossoms mown down by chance
On the blood-brown meadows of Flanders and France.

Can ye measure the grief of the tears I weep
Or compass the woe of the watch I keep?
Or the pride that thrills thro' my heart's despair
And the hope that comforts the anguish of prayer?
And the far sad glorious vision I see
Of the torn red banners of Victory?

When the terror and tumult of hate shall cease
And life be refashioned on anvils of peace,
And your love shall offer memorial thanks
To the comrades who fought in your dauntless ranks,
And you honour the deeds of the deathless ones,
Remember the blood of my martyred sons!

An Unseen (by Carol Ann Duffy)

I watched love leave, turn, wave, want not to go,
depart, return;
late spring, a warm slow blue of air, old-new.
Love was here; not; missing, love was there;
each look, first, last.
Down the quiet road, away, away, towards
the dying time,
love went, brave soldier, the song dwindling;
walked to the edge of absence; all moments going,
gone; bells through rain
to fall on the carved names of the lost.
I saw love's child uttered,
unborn, only by rain, then and now, all future
past, an unseen. Has forever been then? Yes,
forever has been. 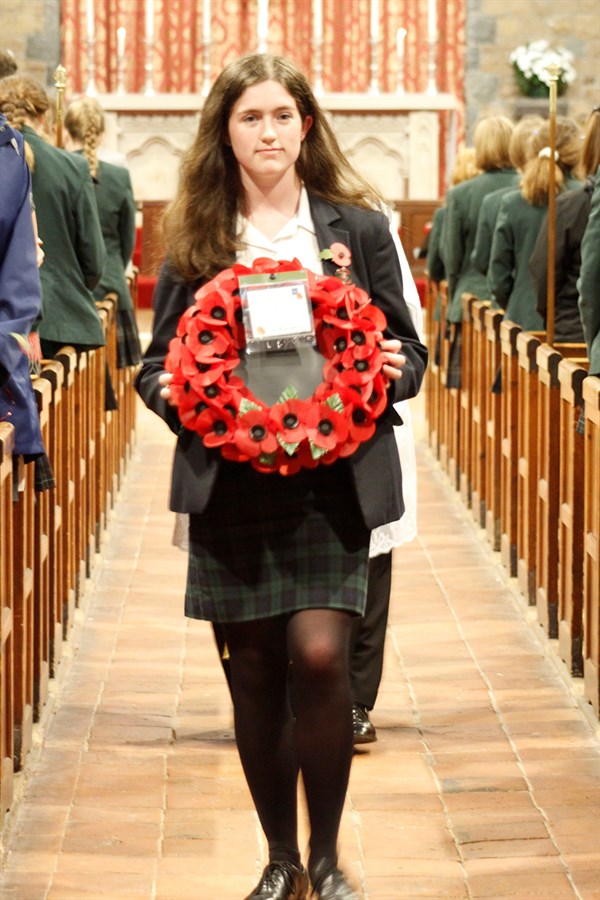