On the weekend of 15th-17th January, Mr Swann and Ms Thackeray accompanied the U6 drama students to see three professional productions and to participate in an educational workshop at the Royal Shakespeare Company in Stratford upon Avon

All the students were greatly enamoured with the new version of "Wendy and Peter Pan", performed on the Friday night, in the theatre's main house , with amazing sets , innovative lighting and sound effects and above all admiring the skilful flying techniques performed by the company. What was also impressive was the feminist slant on the original 1904 play that re-imagined Wendy as a more positive, leading role.

On the Saturday matinee we moved to the more intimate Swan Theatre to see the Restoration Comedy "Love for Love". This was a fast moving and beautifully costumed production where the whole cast engaged comically with the audience.

It was advantageous that we had spent two hours work-shopping this play, exploring the historical context, the language of fans and the director's concept.

On the Saturday evening we returned to The Swan theatre to see a new informative and beautifully acted play on the life and times of Queen Anne.

The whole trip was a success, all productions added greatly to the understanding of how a play is rehearsed and produced, and how historical plays can still be relevant to an audience in the 21st century. 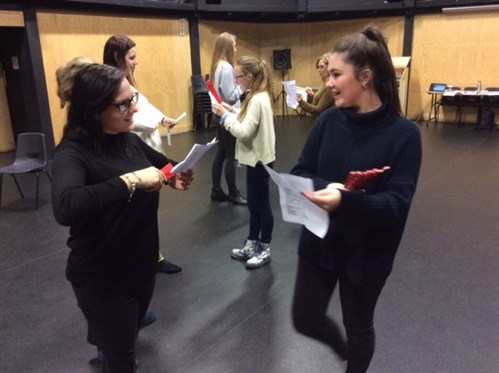